All You Need To Know About E-Passport 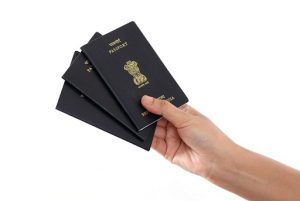 How about we tell you, e-passports are going to be a thing in India? Well, it sounds too good to be true! These e-passports will be rolled out soon with added and enhanced security measures and a great way to store our personal information.

Upon government’s approval, a global three-stage tender is already rolled out to get electronic contactless inlays and operating system in order to manufacture e-passports to India Security Press (ISP). The inlays that will be acquired will fulfill the International Civil Aviation Organization (ICAO) standards. Prime Minister Narendra Modi said that the new e-passports would soon be introduced. Officials from the National Informatics Centre (NIC), Ministry of External Affairs, the Indian Security Press (ISP) and the Indian Institute of Technology – Kanpur, have worked on this project. The Ministry of External Affairs plans to have chip-enabled e-passports with added security features.

What Exactly Is An E-Passport?

Also known as a biometric passport or a digital passport, an electronic passport will have all your particulars digitally signed and stored in a chip. Apart from this, the chip will also have additional biometric information including iris and fingerprint scans of an individual. In case of anyone tampering with the chip, the system will be able to easily identify which further results in the passport authentication failure. All the information is stored and secured in the chip in such a way that cannot be read without any physical possession of the passport.

Salient Features of the Much-Talked E-Passport

Once the procurement and tendering process by ISP, Nashik is complete, the manufacture of the e-passport with enhanced security features will commence with better paper and printing quality. As per the reports, the technical committee headed by NIC director general has made guidelines that need to be written on the chip.

As far as the rolling of e-passport is concerned, it was rolled out in 2017. First, it will be issued to the officials and diplomats, and later to the general public.